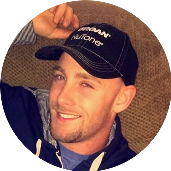 Hi, my name is Anthony Mancuso and I’m glad you’re visiting my blog. I wanted to take a bit of time to introduce myself and tell you my story.

I’m originally from Hampton Bays, NY but I currently live in Haderslev, Denmark (more on that later).

I’m a full-time internet marketer and I earn my living 100% from my laptop. I work where I want and when I want – and I take off when I want.

As I wrote that last sentence I smiled really big and sort of chuckled to myself.

I never thought I’d actually be able to achieve this.

You see, I was extremely skeptical about this whole “make money online” and internet marketing stuff when I first heard about it.

In fact, I probably would have never had enough faith in it to actually give it a real go if it wasn’t for the ‘source’ I heard it from.

Here’s how it happened:

I had been in a long-distance relationship with a girl from Denmark, we had both been traveling back-and-forth to visit each other quite often for years.

It was getting very expensive to say the least!

Then in 2014 I graduated and decided It was time to make the ‘leap across the pond’ to be with her.

I was very nervous to say the least.

You see, I had been working as an electrician’s apprentice as well for about 3.5 years and had managed to save up a few thousand dollars.

But I knew as soon as I landed up in Denmark not only would I not have any more work, I also wouldn’t even be allowed to work!

I couldn’t work until and unless I became a Danish resident (which takes years).

I knew I needed some advice.

For a reason still unknown to me, I decided to message a guy named Chris Winters.

Chris is a legend in the online marketing world (which I didn’t know at the time).

I actually thought he was in finance and so I wanted to ask him some advice and get some tips on what to do with my money and maybe some investing advice perhaps.

What Chris said was so much different from what I expected.

He said “If you really want to make money and have the freedom in life that you’re after, learn how to drive more customers to businesses. Then you become very valuable.”

I thought he was feeding me some bullshit. I thought to myself – what a crock o’ shit!

I thought I was going to get some investing tips.

I didn’t even respond to that message until a month later.

I realized I didn’t have many other options going for me and I knew 100% that Chris was REALLY successful.

I mean I always seen pictures of him traveling the world with his family and living the good life.

So, I thought to myself – you know what, I have to see what he meant by what he said.

I asked him if he could point me in the right general direction and so he gave me about 4-5 things to learn and study.

This is where it all started for me.

I spent the next year fumbling around studying everything I could learn about internet marketing.

I started consuming all of the information that I possibly could and then taking action on what I was learning.

I spent hours learning stuff that was absolutely worthless.

I spent money I didn’t have on things that I didn’t really need.

But I kept at it.

During this time I also did take the leap and moved to Denmark. For me, this was pretty much a situation of jumping in the water and having to swim.

I had no other choice, I had to make this “online thing” work.

I had no other income coming in of any kind at the time.

My first success was in driving leads to offline companies using craigslist and then charging them per lead.

Then I started learning and mastering local SEO and got REALLY good at generating leads for local businesses with organic traffic.

That was when my income really started to grow.

I knew I was on to something.

I made it my focus to get as good as I could possibly get at this.

I saw a clear pattern, as I got better and better at SEO my income would grow (strange, eh =).

Then as soon as I started making some steady money each month, I took the money that I had saved up and bought a wedding ring for my girlfriend at the time.

We also had a beautiful baby boy named Brayden. (see pic below) 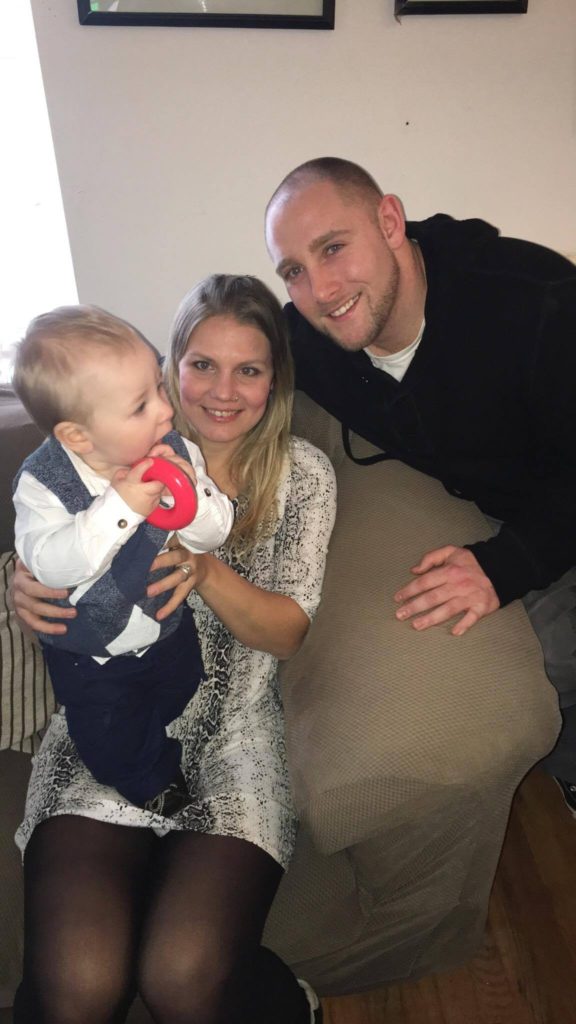 As I got better at SEO I was more and more drawn to affiliate marketing as well.

I wanted to test out my skill-set at ranking for affiliate terms.

There was definitely a learning curve doing this but I really enjoyed it.

Besides the local lead generation (which was my bread and butter) I was now ranking websites and videos for product launches quite often – which is very profitable – also known as “Launch Jacking”.

After quite awhile making money ‘behind-the-scenes’ I decided that I wanted to teach others how they can build their own virtual businesses as well.

When I first started out I had no intention whatsoever in teaching others, I just wanted to make money for myself and that’s it.

Throughout time though as I’ve had my own successes and failures and ‘trial-by-fire’ I’ve realized that others can really benefit from all the things I’ve learned over the years.

To living life on their own terms and being able to do whatever they want with their life.

Because of this I recently decided to start putting out my own courses, training and coaching programs.

I also do full reviews on my blog and my Youtube Channel where I do in-depth written and video reviews of products that I think are worthwhile and can truly help people.

[The rest is still being written :)…]